Escape rooms are one of the newest innovations from the past years that offer a much more accessible thrill than an amusement park. It’s a quick and fun way to combine accomplishment, adventuring, and the sheer rush adrenaline—all with the company of your friends and family! In fact, escape rooms have become so popular that they’re usually the go-to bonding activity for workplaces!

Escape rooms usually have a shroud of mystery surrounding them, and they can sometimes be intimidating. Sometimes, not knowing what you’ll be doing can be scary. But fear not—you’re in for a wild and exciting experience!

Here are 4 common concerns about escape rooms and why there’s nothing to be afraid of:

You Don’t Think They’re For You

Some people have already eliminated the possibility of enjoying themselves in an escape room simply because it might not be their thing. While this is perfectly alright, many people end up loving their experience despite their initial hesitation!

Escape rooms can be done by all people of all ages, although there are some rooms that are more suitable for teenagers and above. You also won’t need special knowledge or expertise to navigate these rooms. This levels the playing field for everyone, and makes it even more fun to collaborate!

While there are definitely plenty of horror-themed escape rooms out there, the reality is that there are just as many—maybe even more—escape rooms that aren’t scary at all! The themes and objectives wildly differ between rooms: you can have a fairytale-themed room on one end and an espionage-themed one on the other. Rest assured that you’ll know the themes of the escape room you’ll be playing in beforehand, which gives you a good idea of what to expect inside.

You Think You Aren’t Knowledgeable

Most escape rooms are for a general audience, which means that you don’t need to know a lot about a certain topic in order to solve the room’s puzzles. In fact, most escape room enthusiasts shun rooms that require special knowledge! The room will contain all the information you need in order to actually escape it.

If you’re worried about the mathematical and logical aspects of some puzzles, do not fret. Most of the time they’re manageable with just a little more thinking and brainstorming. The best part about escape rooms is that they foster collaboration, so chances are that one of your companions is a math whiz. You’ll be waltzing through those puzzles in no time.

The thought of being locked in a room with other people might sound cramped and give you shivers, but the truth is that there are many escape rooms that are quite sizeable! They are usually designed to accommodate around five or more people, which ensures that you have enough space and breathing room. There’s also a time limit for each game, so you won’t be in that room for too long. If you find yourself panicking halfway through the game, simply ask the gamemaster to let you out—they won’t keep you trapped in there against your will!

Escape rooms are a fantastic way to spend time with your friends, family, or even your coworkers. You’ll get to see your companions in a completely different element and watch them—and yourself!—work together to solve riddles and puzzles that are sure to give your thinking skills a workout. Even if you don’t win the game and successfully escape the room, you’ll definitely have had an unforgettable experience.

Looking for the most exciting escape room in Bradenton? Be sure to visit Premier Escape Adventures! We are a locally owned escape room and virtual reality facility that is full of interactive and fully immersive escape rooms. Our rooms are for people of all ages—no prior experience necessary. Book your next game today at our website! 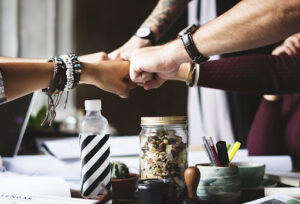 Reasons Why Escape Rooms Are Perfect for Team Building

A team-building activity is aimed to help the members of the group get closer together and produce an improved working dynamic. These activities are great 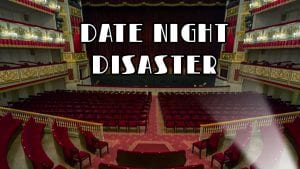 Games have long been part of everyone’s lives since childhood. They are one of the most prominent forms of entertainment, along with television, movies, and 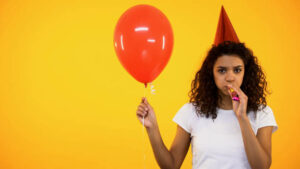 Escape Rooms – The Formula for a More Exciting Birthday

You may have spent your last birthday with some food, a few drinks, time with your family and friends, and then called it a night.