No Fear – Coping with Fear and Anxiety in Escape Rooms

The idea that Escape Rooms are frightful is a common misunderstanding. For the great majority, being locked inside one is absolutely horrifying. Most people who are claustrophobic are victims of the fear and tension in escape rooms and are unable to engage in the thought.

Regardless, escape rooms are not confined areas. It’s a place to have fun while solving puzzles and trying to escape with friends, family, or coworkers. Some escape rooms feature disturbing themes, which are depicted in the room, so you can avoid them if you choose.

Below are just a few more tips that may help calm you down along the way.

The fact that you don’t have an escape route is what makes people feel frightened and anxious in escape rooms. In any event, the purpose of an escape room is to get you to stop thinking that you are chained up by having you solve the puzzles and leave the room. Additionally, you are only there for 60 minutes. Therefore, there is simply nothing to be afraid of.

When you enter the space, start looking for clues and insights. If you lose your composure, dread can creep in, and you won’t have time to run away before it’s too late.

No one leaves an escape room, spoiler alert. There is a catch you may press to have the game coordinators open the room if there should be a crisis. The game organizers are concerned for their client’s welfare and will act quickly to remove anyone having an anxiety attack. The remaining members of the team can continue planning their escape; thus, the game won’t be affected. However, now that you are aware of your protection try not to let your fear and anxiety in escape rooms overcome you.

When you are alone with strangers, locked areas are more intimidating. Fortunately, an escape room is a group activity rather than a single-player game. As a group, you enter the chamber. Your teammates are probably close friends, family members, or coworkers. You should feel comfortable being around these people since they will ultimately be beneficial to you.

You are not up against anyone if that is not too much of a bother. Regardless of whether you entered the room alone or with strangers, everyone in the room is working toward the same goal.

Nobody enjoys giving something a shot and failing. Fortunately, you don’t need Albert Einstein’s brain to sift through hints and signals to solve the puzzles in our escape rooms. These problems encounter problems. Suppose you’re worried that the escape room will become tense and scary; reserve one of the easier rooms. Each room has a difficulty rating.

Remember that you can ask the game ace for a clue. The fact that you frequently can’t get out of the room in time should be welcomed. If it were that easy, it wouldn’t be fun, if that were the case.

Escape rooms are a fun, thrilling way to spend time with friends or family. However, for some people, they can be a source of fear and anxiety. Taking note of our pointers above lets you limit your worries and have a great time through the challenging puzzles and mind-boggling riddles.

Never be intimidated to enter an escape room. Who knows, you might be a “natural” when it comes to breaking out in record time.

If you are looking for a mind-boggling escape room in Bradenton, look no further than Premier Escape Adventures. Our variety of escape rooms each follows a certain theme and lore to keep you on your toes for a whole hour. Get in touch with us and book a schedule today! 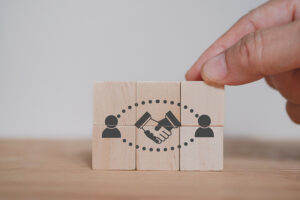 5 Escape Room Skills You Can Apply In Real Life

Training and upskilling for employees are essential for any business to stay competitive and successful in today’s ever-changing world. As technology and trends evolve, the 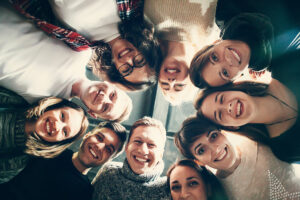 Escape rooms offer a unique and thrilling experience that is perfect for all groups and ages. They provide an exciting atmosphere with various puzzles and