3 Factors That Make or Break a Great Escape Room

If you’ve been to many escape games in the past, then you may have wondered why some games are more fun than others. Unfortunately, since these games don’t have detailed reviews from previous players, you will have to base your rating on your experiences. However, there are actually several factors that excellent escape room games have in creating a challenging and exciting gaming environment.

Just like going to a theme park or checking in a luxury hotel, immersion plays a massive role in setting the mood for a person entering a specific area. An escape room’s mastery of immersion is what invites players to be attached and invested in solving the game, whether it’s figuring out the mystery killer or escaping from an interstellar spacecraft.

In this article, we will discuss three factors that make or break your escape room experience:

Every escape room game features a method of communicating with the room master when players get stuck on one part of the puzzle. Most rooms use cameras or buzzers to distinguish when a player would need a clue. The hint is then displayed on a screen attached inside the room.

Although this method isn’t entirely out of the ordinary, it can ruin the mood, especially if the theme of the room doesn’t match the way for sharing clues. Some escape rooms go the extra mile by creating even the experience of asking for clues to be related to the room’s theme. Some deliver it through messages slipped under the door, or walkie-talkies for the extra layer of deciphering what the hint means. Overall, even the small act of asking for help can help keep your immersion and appreciation of experiencing a well-made escape room.

Escape adventures’ selling point is mainly on the idea that players can experience a mystery scenario straight from films and books. Well-made escape games take inspiration from famous lore, such as local legends, myths about a historical person, or pop-culture allusion. Playing an escape game with a well-thought-out lore helps teach players to look for clues that fit the theme of the story.

The best games themes are the ones that require little to no background information. Instead of providing a lengthy explanation on the escape adventure’s lore, the room lets the players experience what the story is from the choice of décor to the type of clues and puzzles that they go through while playing.

Instead of strapping you on a thrilling roller coaster ride, escape rooms let your mind find the excitement in solving clues and figuring out puzzles. If you’re an avid fan, might discover that some problems repeat themselves with varying configurations but with similar principles.

Sometimes these puzzles are merely time killers that veterans already know. Having too much of this can be a chore, and even unfair, especially for people who are unfamiliar with escape adventure games. The most exciting puzzles are the ones that leave you stuck in a rut but give you an exhilarating experience in solving. As a result, there is a mix of challenging but fair obstacles that will put your solving skills to the test.

Figuring out if an escape room is well-made will require you to play the room. A considerable part of what makes escape games exciting is that every experience is a mystery, and it’s up to you to unpack and decide if these rooms are worthy of your appreciation.

At Premier Escape Adventures, we make sure that we offer a one-of-a-kind escape room experience in Sarasota, FL. Book a session with us today and test your mental skills by solving the puzzles in our fully-immersive themed rooms! 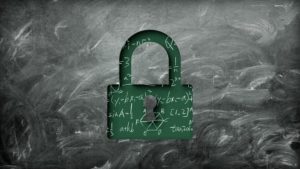 Escape Adventures – 3 Values You Can Build With Escape Rooms

Escape rooms are definitely more about the journey together and the values you gain along the way. There may be a clock to beat or 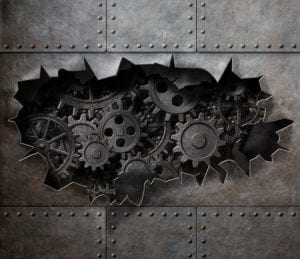 4 Challenges You Will Face When Playing at an Escape Room

Escape room games offer the excitement of solving a complex crime or looking for an escape. Because the information about the room is limited before

Escape rooms are one of the newest innovations from the past years that offer a much more accessible thrill than an amusement park. It’s a