Escape rooms have been an industry hit for years. Due to the game’s influence on pop culture, multiple screenwriters and directors have come together to create the best movies that represent the escape games scene.

While everyone is at home due to the pandemic’s restrictions, it’s an excellent time to binge-watch the best movies inspired by escape rooms, their culture, and the following it has built over time. Sit back, relax, and enjoy the series of flicks that shaped the movie industry below.

Cube is a Canadian film directed and co-written by Vicenzo Natali. After generating a cult following in the 90s, Cube is described as an imaginative play on cube-shaped rooms. The movie was an instant hit—generating a wave of positive reviews and a series under the same name.

The movie focuses on a group of five people waking up in a cube-shaped room. Not knowing where they are, the group tries to escape while evading hidden traps installed in the rooms. Due to the series of unfortunate events, while they are still in the cube-shaped room, one victim encounters a mental breakdown—causing everyone’s demise.

The Game is an American film directed by David Fincher, starring Michael Douglas and Sean Penn. It follows the journey of Douglas’ character playing a game based on his life as it happens in real life. As a result, the main character goes through a series of seemingly planned out events only for him.

Overall, the film did great at the box office—earning $109.4 million worldwide. Movie rating website Rotten Tomatoes even gave it a 76 percent score based on 63 reviews with an average rate of 7.40/10.

Another David Fincher classic, Panic Room, is an American film starring Jodie Foster and Kirsten Stewart. The movie revolves around the mother-and-daughter tandem of Foster and Stewart as they move to the new four-story brownstone in New York. Later on, they discover the past owner of the apartment is a millionaire and has installed a “panic room” meant to keep the people inside from intruders.

Fermat’s Room is a Spanish film directed by Luis Piedrahita. Inspired by the Mathematician Pierre de Fermat, the movie follows four Mathematicians in their journey to solving an enigma for a stranger who identifies themselves as Fermat.

As simple as it may sound, there is a catch. They are trying to solve the enigma in a room where the walls close in on each other as time passes. The four mathematicians race against time and solve one of the most challenging enigmas ever to grace humanity to escape the room that could crush them.

The Exam is a British film directed by Stuart Hazeldine. Following a group of people about to take the most challenging exam of their lives, the film revolves around the group trying to solve a blank exam. The film challenges people to live within the exam’s eighty-minute duration while abiding by the test master’s rules—saving themselves from death.

Due to the pandemic’s restrictions, most escape rooms in the country are prohibited from operating at total capacity to ensure everyone’s safety. However, that doesn’t mean that escape games fans can’t relive their best days while playing. By watching films inspired by escape rooms, they should feel the rush once more while waiting for things to get better in the future.

Premier Escape Adventures is the largest escape room company in Bradenton, FL. Our goal is to amuse people who love testing their abilities in a limited timeframe. Currently, we’re operating by appointment only due to COVID restrictions. However, we’d still welcome you with open arms upon booking on our website. If you’re looking for things to do in Florida, visit us today! 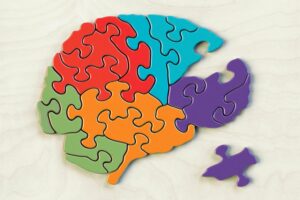 Why Escape Rooms are the Ultimate Brain Game for Kids

There are several ways to integrate some good old family togetherness, from movie night to board game night. However, after a few rounds of monopoly 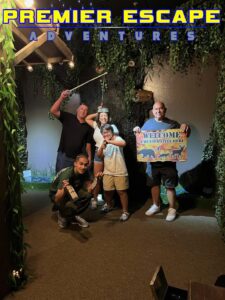 An escape room is a 60-minute immersive real-life adventure game. To begin, you’ll choose an epic, themed escape room to play in either by yourself 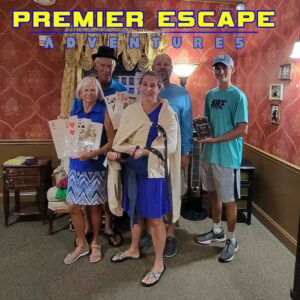 5 Benefits of Playing Escape Rooms That You Didn’t Know

Escape rooms have risen in popularity in recent times, with more and more people looking to test their intellect, critical thinking, and teamwork. With that