Escape rooms are emerging in town across the world like wild mushrooms – its popularity is skyrocketing more than ever before, making it an ultimate activity perfect for families, friends, and team-building. Packing mystery, fun, and excitement in one adventure escape rooms offer an avenue where people can combine their wits to beat the clock.

While the purpose is to let loose and have fun as friends, it helps to enter escape rooms with a plan. Charging head-first won’t do you any favors in decoding the hints you find across the room, but thinking ahead can give you a competitive edge over other players.

To that end, the tried-and-true tips below should clue yourself in on a winning strategy to beat your escape room adventure:

Teamwork makes the dreamwork, and when it comes to uncovering clues, you need to delegate tasks according to each individual’s strengths to maximize everyone in the group. If you don’t assign duties, everyone will be scrambling for clues, which will only result in chaos without pushing you closer to the finish line.

With that in mind, one person should look for clues, while others can be the ones to put it all together. Either way, working together involves utilizing each member so you can solve the puzzle quicker.

Tip #2: Verbalize What You See

Establishing a strong sense of communication in the group is key to winning the game or at least come closer to making sense of all the clues you find. While it helps assign tasks, the person finding the clues should keep everyone on the loop by verbalizing what they see.

While it won’t necessarily hint at what the clue is about, talking aloud allows you to share valuable data that can contribute to a “hive” mind. If you fail to speak with your team, then you might find yourself scrambling for a key that another player has already seen.

Tip #3: Don’t Be Afraid To Ask For Clues

Many people come into escape rooms thinking that they have to solve the puzzles as swiftly and smoothly as Sherlock Holmes, but your pride will only get in the way of you winning as a team. There’s nothing wrong with asking for clues early at the game, especially if it means creating a clearer path on where you should move forward.

Waiting until the last few minutes before asking for a hint won’t give you enough time to connect the dots, so don’t hesitate to ask for help if it means winning as a team.

The Bottom Line: Uncover The Clues On How To Beat Escape Rooms

Even the wittiest group of friends can find it tough to crack the clues in escape rooms, but learning how to work together as a team and maximize each other’s strengths will bring you closer to winning the game.

If you’re looking to put these tips into action in a new puzzle adventure, check out our escape room in Sarasota, Florida today – We look forward to hosting you! 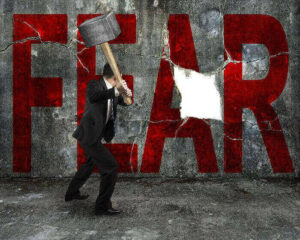 No Fear – Coping with Fear and Anxiety in Escape Rooms

The idea that Escape Rooms are frightful is a common misunderstanding. For the great majority, being locked inside one is absolutely horrifying. Most people who

Team building is an essential part of any successful business. It helps employees bond, builds morale, and can even increase productivity. But sometimes, team building 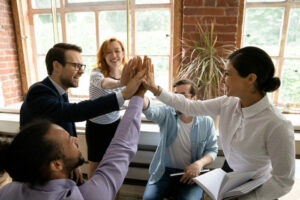 Why Go to an Escape Room in Your Nest Get-Together

Escape rooms are used in everything from education to professional development because they are so effective at fostering teamwork. As long as you adhere to