The Origins of Escape Rooms – From Puzzles to Real Life

Many people tend to forget that escape rooms are a relatively modern group activity. However, the goal of solving a series of puzzles following a themed entrapment scenario isn’t an entirely original idea. This is because escape rooms’ history takes inspiration from many types of games and media to make a unique and novel experience.

Humanity and the severe case of boredom

Solving puzzles isn’t an uncommon idea for entertainment. Different generations of humans across time developed various ways to adjust to boredom through mentally stimulating activities. These would become the building blocks of games and puzzles of the future.

The earliest evidence of a game, or at least the remnants of it, was found in southeast Turkey at the Başur Höyük burial mound. It consists of 49 different pieces of small sculpted stone, varying in colors of red, black, blue, green, and white. An earlier and more familiar yet simplistic puzzle game is Tic-tac-toe that owes its roots in ancient Egypt.

Jumping forward in history, games took a larger scale for different social groups. Hedge mazes were common to many Royal families to test their wits and pass their boredom. King Louis XIV, in particular, is one of the most prominent figures in history that had a penchant for solving mazes.

The invention of puzzles

The inventor of jigsaw puzzles, John Spilsbury, first made his product in 1767 in the form of maps glued on wooden blocks. He would then cut these into smaller pieces and jumble them up. It served as a valuable way to educate people about geography, while also serving as an entertaining pastime.

Puzzles took a more thematic turn as different genres appeared and gained popularity in the past hundred years, both in storytelling and in gaming. Released in 2004, Crimson Room is the first escape room in the video game genre. Your task is to poke around a room to solve puzzles and collect items to unlock a door to freedom. Created by Toshimitsu Takagi, it quickly took off and inspired a lot of online games.

It wasn’t until 2007 that the first real-life escape game became a reality. Developed by SCARP, the first escape room opened in Japan and has since then become a trend that has spawned many reinventions and iterations to the simple concept of solving puzzles and escaping rooms. In the US, it was only in 2012 when the first escape room took place in San Francisco.

Although it had a modest opening, it eventually received a stable following for people who wanted to try out new and engaging group activities. Today, there are plenty of reinventions to the escape room genre. Some games borrow elements from popular film and TV franchises, while others incorporate live actors to make a more immersive experience.

Nowadays, escape rooms have different gimmicks to make it new and exciting to players. You can book a room with a murder mystery theme, where escape is just one part of your objective before the time limit ends. If you’re looking for a thrilling experience, horror-themed rooms place you in a terrifying scenario in your escape from captivity.

Escape rooms are a culmination of many forms of entertainment, from simple woodblock puzzles to mind-bending video game genres. It’s a fun-filled activity that anyone from veteran sleuths to amateur escapists can enjoy.

Ready to have a one-of-a-kind experience in an escape room in Sarasota, FL? We at Premier Escape Adventures can give you an immersive experience you won’t forget! Book a session with us today to test your ingenuity and intellect by solving our different themed rooms!

Why Escape Rooms Should Be Part of Your Next Group Outing

Why Escape Rooms Should Be Part of Your Next Group Outing In recent years, escape rooms have become the latest craze, especially with the youth 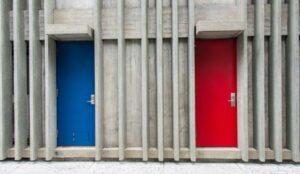 6 of the Best Skills Developed by Escape Rooms

Challenging puzzles and mysteries are a fun topic to explore with friends and family. The mind-twisting activities are a great way to improve your problem-solving 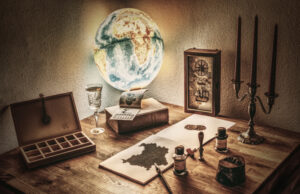 Escape rooms are a great way to test your thinking skills and challenge yourself to do better. However, there are often times when you cannot